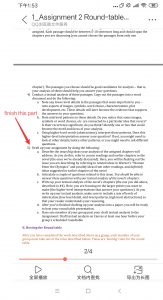 In the “Girl runner”, the author uses time sequence to tell the story of the life of the first Canadian woman runner in the 800-meter race at the 1928 Amsterdam Olympics called aggie. However, this is not what it looks like on the surface, here we reveal the discrimination against gender in the society at that time. The novel shows us the complicated family relationships and lies. (….) “…”

and was afraid to show Johnny her true self.

When Johnny said he might marry aggie, aggie’s reaction was strange. “[she] almost hold [her] breath”. (    )She seemed to be trying to hide what she really wanted. She really wanted to get married, but she was afraid of showing her true feelings and emotions.

While Aggie and Johnny were playing dominoes in bed, the room is warm, him not wanting to go to the cold room. He still wants to stay with Aggie, however, Aggie said “ go home”（  ）to Jonny. However, when Jonny offered to stay at Aggie’s, Aggie’s face turned red. That means Aggie wanted Jonny to stay but she let him go. That meant she did not want Jonny to know what was on his mind.

In Girls Runner, Aggie is an introvert person, and she always feels very depressive in her life. She thinks that her “body” seems like the “body of the house” (101). This house is hollow because there is more and more people are leaving day by day, such as Fennie and Geroge. Moreover, she feels ‘a long slow leak of sadness spilling between my ribs’ (101). These imply the loneliness in Aggie’s heart, and her sadness about her relatives left.

In addition, Aggie’s mother treats her and Olive as a guest: “You and Olive are our guests, of course” says mother (117). However, Aggie and Olive are her daughters. Then, Aggie feels “an ache in ‘her’ throat, the hollow where sadness fits” (117). From here, readers can see that the distance between Aggie and her mother is very big because her mother does not care about her. It also shows that Aggie is lack of love in her life, and it makes her loneliness.

The social stereotype of women should stay at home and take care of the children, however, Aggie’s mom is different from the other women. The reason behind why Aggie can be the first girl runner and win the Olympic game is because Aggie’s mother is a midwife, in that era, most of the women choose to give birth at home, therefore, midwife is a special job in that time, based on this factor, Aggie’s mother encouraged her to become a female athlete which is also unusual in that era. In 19 century there’s big division between male and female. “Canada’s 1928 Olympic team, with its large contingent of young men, and much smaller, special group of girls.(138)” in this sentence,This shows the gender inequality when Aggie joined the 1928 olympic team, she realized how small the female athlete group is compared to the male athlete.

Inaddition,there’s one time Aggie witnessed her mother helping a woman to have an abortion. In 19 centruy, abortion were prohibited, this explain why the yound woman will come and ask for help. When aggie sees the young woman, she saw the fear in her eyes. “Can you help me?” the girl asked.This explain how inequality for women in society, and how weak woman is in this society